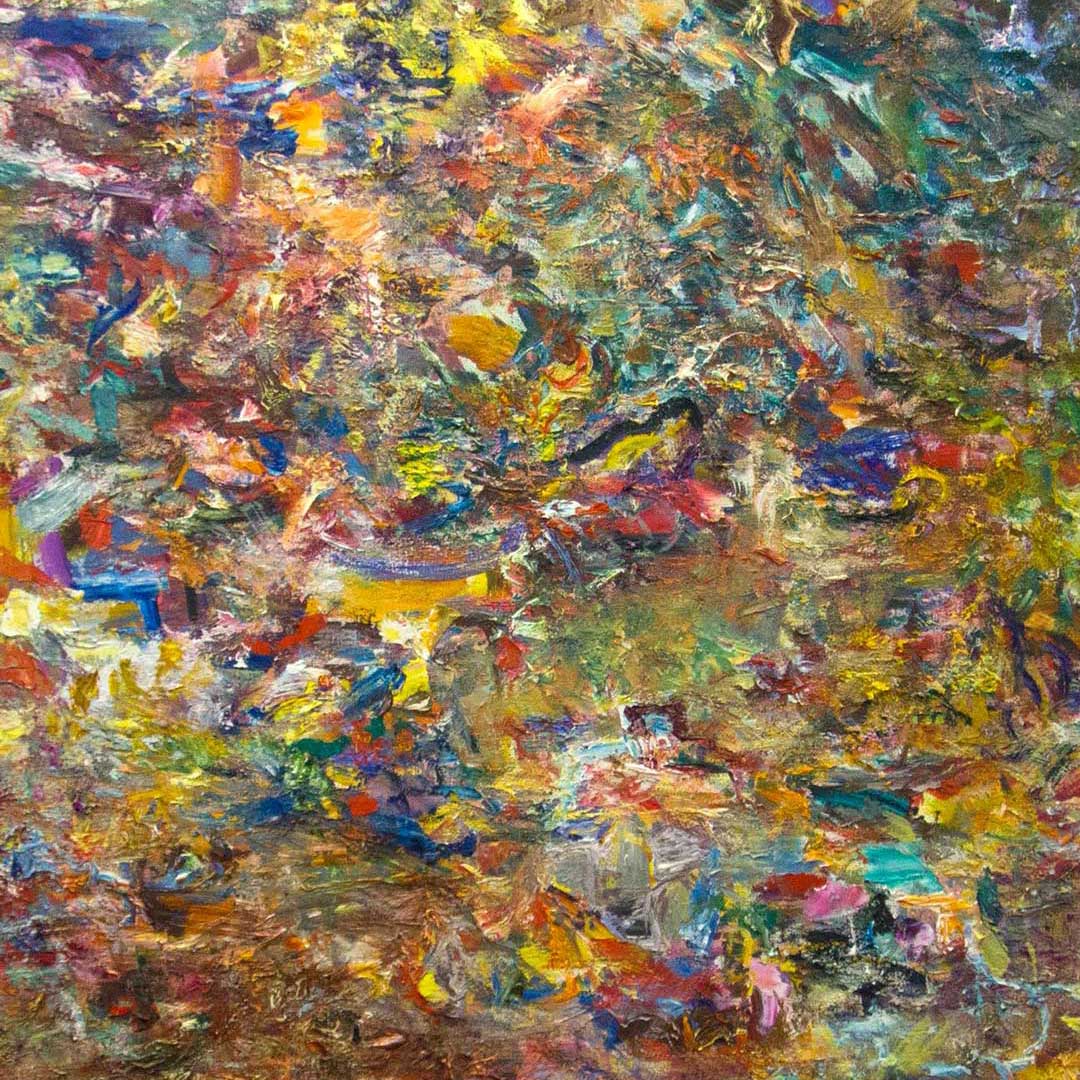 Sydney by a group ofIrish convicts. Fleeing west into the impenetrable fortress of the Blue

Mountains, in thedeluded hope of reaching China, the escapees set off with a piece of

cardboard crudely marked with the four directional points of a compass, “and no needle!”

Needless to say, they wandered around in circles, almost starving to death before being

recaptured. Whilst I see absolutely no relation between these paintings and that particular

episode, I am drawn to the idea of a painting that has no dominant directional pull. There is

a certain kind of freedom to be had in that sort of experience, although the analogy with the

escape artists doesn’thold, because there is no freedom in starvation.

In abstract painting, there is a potential to intuitively construct any number of moments and

passages that amount to pieces within the whole. If the “linking passages” are objects of

interest in themselves, then there is no limit to how we may piece it all together. A painting

Harry Hay was born in Melbourne in 1991. He began his Bachelor of Fine Art (Painting) in

studios in Preston, Melbourne. The following year he co-founded the Trophy Shop project

and exhibition space. In 2016 he was resident caretaker of Garden Shed Gallery in

Northcote. He has exhibited regularly in Melbourne and interstate. In 2017 he exhibited in

London, travelling there to participate in the Brancaster Chronicles discussions about

Hay haswritten extensively about abstract art in recent years, with essays and

reviews published online for Abcrit (UK based website for discourse about abstract art), as

well as a transcribed conversation with artist Simon Gardam, which was published for the