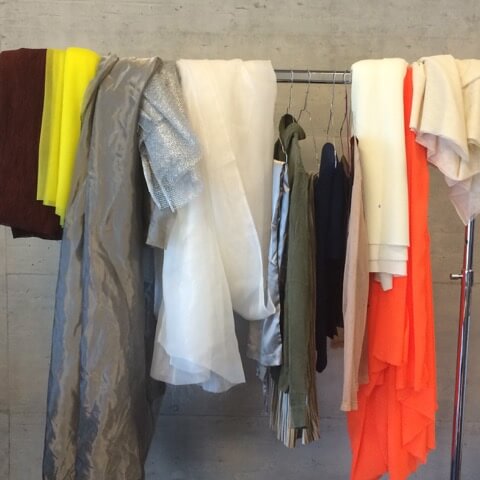 a residency by the Düsseldorf-based stylist and designer, Saskia Schneider, through January and February 2017.

After doing internships in London and Munich, she started working as a costume designer for theatre productions in Düsseldorf for the 2014-16 seasons. Saskia now works as a freelance costume designer, and has created costumes for cinema, theatre, opera, dance and performance arts in Germany and Switzerland.

During her residency at Chamber, Saskia Schneider teams up with Andrew Hustwaite and Nicole Morel to create costumes for their collaborative project, META.